The Cat Who Walks Through Walls

The Cat Who Walks Through Walls by Robert Heinlein Review

From “the Cat Who Walks Through Walls” By Robert A Heinlein

“Isn’t it a little late for that, Richard?”

“I always do my check-off lists after I lift,” I told her. “I’m the optimistic type. You have a purse and a large package from Macy’s how are they secured?”

“They are not, as yet. If you will refrain from goosing this craft while I do it, I’ll unstrap and net them.” She started to unstrap.

“Whoops! Before unstrapping you must get permission from the pilot.”

“You do now. But don’t make that mistake again. Mr. Christian, His Majesty’s Ship Bounty is a taut ship and will remain that way. Bill! How are you doing back there?”

“Are you secure in all ways? When I twist her tail, I don’t want any loose change flying around the cabin.”

“He’s belted in properly,” Gwen assured me. “I checked him. He is holding Tree-San’s pot flat against his tummy and he has my promise that, if he lets go of it, we will bury him without rites.”

“I’m not sure it will stand up under acceleration.”

Robert Heinleins The Cat Who Walks Through Walls: A Comedy Of Manners

The Cat Who Walks Through Walls is, after over forty years of my reading works beyond count by Robert Heinlein, my favorite novel by him bar none. There are without doubt better written novels by Heinlein that stir strong passions in readers, say Starship Troopers and The Moon Is A Harsh Mistress, both of which can cause otherwise sensible readers to start hissing and spitting at each over the perceived political and social commentary in those books, and lets not even broach the matter of Stranger in A Strange Land as that work will really get the mojo rising in many readers!

So why do I pick The Cat Who Walks Through Walls as my favorite novel? In a nutshell its really fun. From its cover illustration of the two principal characters, Dr. Colin Campbell and Gwen Novak , which you can see below in its full glory to his attempts to tie almost everything else hes written into a more or less coherent story, I feel the old bastard was having a great deal of fun with this book. And you will too provided that you have read almost everything hes written. Unfortunately, a lot of reviewers, including many who were sf writers of fairly high standing, definitely misunderstood this book. It was never meant to stand on its own, nor should it be reviewed as if it were so!

Oh, and the title refers to a cat named Pixel that can quite literally walk through walls and be wherever Richard is. Schrödingers cat indeed!

Connections To Other Heinlein Works

Gwen Novak is eventually revealed to be Hazel Stone, a character previously featured in Heinlein’s The Rolling Stones and who had played a small but important role in The Moon Is a Harsh Mistress. Campbell is also eventually revealed to be a son of Lazarus Long, a Heinlein character originally introduced in Methuselah’s Children and who reappeared in Time Enough for Love, The Number of the Beast, and To Sail Beyond the Sunset. Also appearing are Jubal Harshaw, a major character in Stranger in a Strange Land Galahad, of Time Enough for Love and Manuel Garcia O’Kelly Davis, the first-person voice of The Moon Is a Harsh Mistress.

The Cat Who Walks Through Walls: A Comedy Of Manners Pdf Book By Robert A Heinlein Download Or Read Online Free 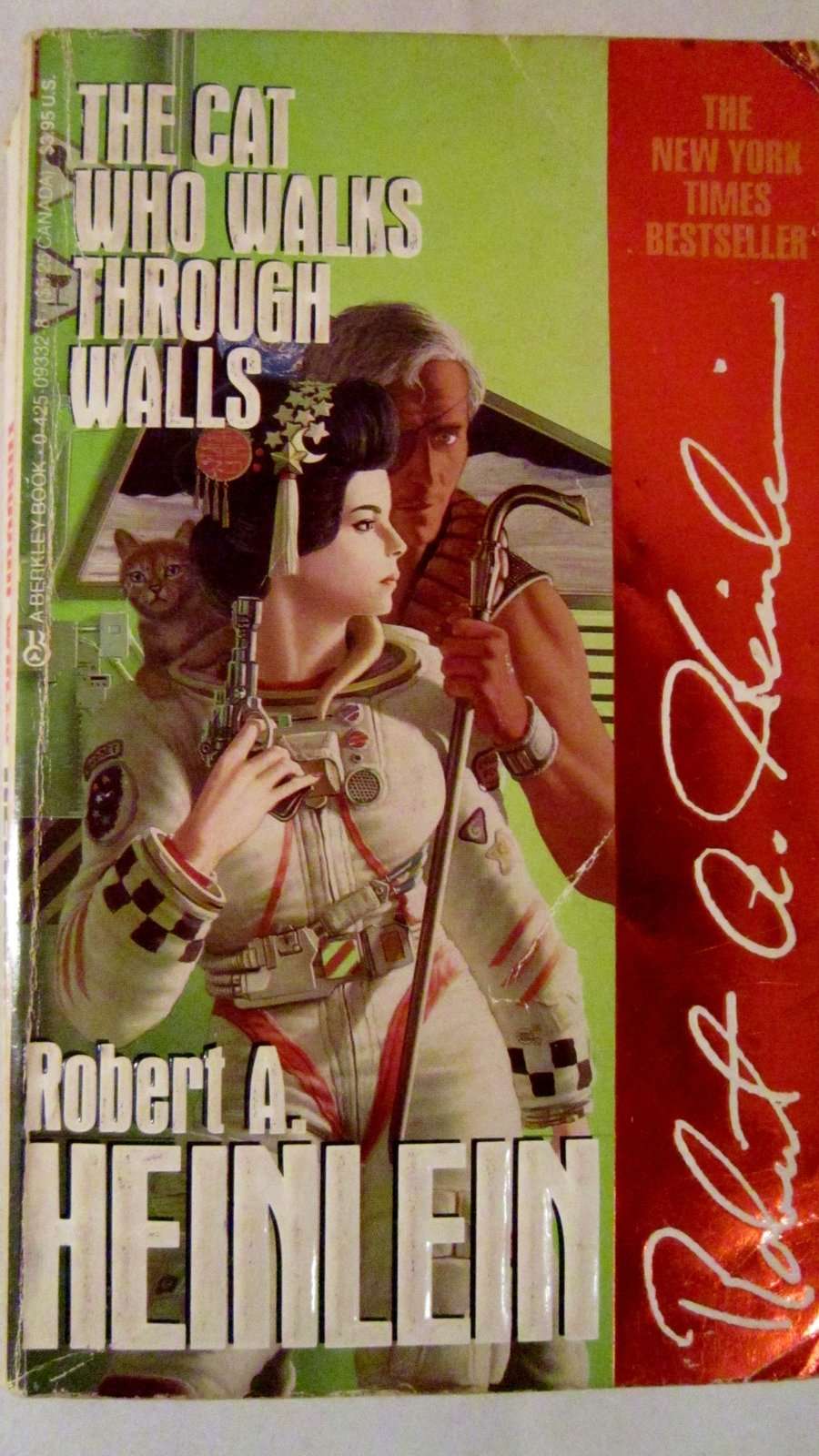 The Cat Who Walks Through Walls: A Comedy Of Manners PDF book by Robert A. Heinlein Read Online or Free Download in ePUB, PDF or MOBI eBooks. Published in January 1st 1985 the book become immediate popular and critical acclaim in science fiction, fiction books.

The Cat Who Walks Through Walls

More by Robert A. Heinlein

A tasty, if not always tasteful, tale of supernatural mayhem that fans of King and Crichton alike will enjoy.

In addition, the novels above are sometimes published as 3-in-1 volumes or omnibus box sets under various names playing on the general title themes .

Related Works By Other Authors

Qwillerans Relationship With His Cats

Cat Who Walks Through Walls by Robert a Heinlein_p1

Qwilleran has a very strong attachment to Koko and Yum Yum. Qwilleran is not affected by matters that could threaten his own life, but becomes extremely anxious when matters involve the cats. During the several occasions where they had gone missing, he has risked his own life to save them, and he does not know what he would do without them. He often thinks that his old acquaintances would never believe he could love his cats as he does, and can hardly believe it himself sometimes. There is, however, no question that Qwilleran has an extremely strong bond with his cats.

The Cat Who Walks Through Walls By Robert A Heinlein

Robert Heinlein is an author with whom I’ve had an odd relationship. I’ve only read four or five of his books, though my lady has read more, but I’ve run the gamut from being excited and fascinated by his “The Red Planet” at age eight, to being so appalled by “Fear No Evil” at the age of twenty two . However on my lady’s recommendation I decided to tackle him again.

In some ways The Cat Who Walks Through Walls serves as a microcosm of Heinlein’s work in general, both because it is a direct sequel to his exceptional earlier novel Moon Is A Harsh Mistress and because it brings in characters, themes and settings in from many other of his works.

Also, my impressions of The Cat Who Walks Through Walls as a book are much like a smaller version of my impressions of Heinlein’s works and philosophy and character overall. Rarely have I read a book which, sometimes in the same scene has managed to be witty, sweet and utterly charming, but also appalling, gross and obnoxiously smug.

Hopefully this review will have given some idea of the cases for both approaches so you can make up your own mind. One thing I will say, it definitely gave my lady and I some interesting debates, something which I’m sure Heinlein, the old grump himself would have approved of.

Can I Give My Cat Benadryl

Are Oriental Lilies Poisonous To Cats